Do you believe in second chances?

Nearly one in four people in Washington State have been involved in the criminal justice system. It can be hard to get back on track, after being convicted of a crime. Washington State lawmakers have been putting their best foot forward to make it easier to live your life after serving time for your conviction, but sometimes it’s difficult to file federal paperwork involved in complicated processes like that.

That’s where the Conviction Vacation Project comes in handy, and that’s where you come in too. The project is looking for new volunteers today, so if you’re looking for a way to give back and help people who have served their time re-enter society, take a look around their project page on Democracylab.

With the passing of Washington’s New Hope Act, individuals with a criminal record can now vacate eligible convictions and begin reentering society. Essentially, vacating a conviction means that the individual can state that he or she has never been convicted of a crime. [1] Previously, the state of Washington only allowed one vacation, making it difficult for people to apply for jobs, housing, and other necessities. [2] However, the paperwork involved can be challenging for individuals to navigate without substantial legal aid. The Conviction Vacation Project (CVP) hopes to reduce these challenges by providing legal clinics a resource to quickly file for these vacations. They also hope their work will create an app that pre-screens for eligible vacations.

Convictions can haunt a person long after they’ve paid their time and fines. Employment can be especially difficult to obtain. Many employers ask about criminal histories on job applications. Unsurprisingly, this practice leads to increased unemployment rates, especially among males. [3]  The New Hope Act was passed to solve this issue, instead of completely banning these questions from the job application process. Under the act, “a person whose conviction has been vacated under [RCW §§ 9.96.060] may state that he or she has never been convicted of that crime” [4], including on job and housing applications.

However, the application process can be difficult to navigate for some. Those hoping to vacate a conviction can face long wait times and hundreds or thousands of dollars in processing fees. [5] The CVP software would reduce wait times by automating the work for volunteer legal clinics that service those with criminal records. This, in turn, could allow people to gain employment and housing faster. With quick access to these life changing opportunities, rates of homelessness and crime could decrease as well.

The New Hope Act was passed in 2019, and the CVP was created in September of that same year. A small user base was enlisted to test the design and functions of the software. However, the project stalled in early 2020 due to Covid-19 and lost some volunteers. Seamus Brugh, an attorney from California who took on the project as its owner. He said finding, onboarding, and aligning a new group of volunteers around a stalled project without an invested user base in the time of Covid-19 was a “delightful operational puzzle to put together.”

However, Brugh, with his expertise in internal processes, leaned into a remote-first strategy. This meant being intentional about culture and trust-building. Volunteers aren’t told what to do, instead they’re able to take ownership by grouping responsibilities together that cascade through goal accomplishment. Anyone who wants to work on a particular feature, or take over a particular task, can. Brugh considers himself more of a facilitator than a director and guides the volunteers in community building. He says this agile process “creates a collaborative community” and inspires trust between the volunteers and the pro bono community they serve.

The remote nature of the project has also attracted volunteers outside of the West Coast. Brugh says the team currently has volunteers living in Florida and India. The team’s diverse skill sets, in addition to the voluntary nature of the workflow, has contributed to the their enthusiasm. While I was interviewing him, Brugh excitedly showed me his tablet and the Miro board where volunteers were actively working on new features.

The CVP would “help the people doing the helping” by automating the conviction vacation filing process. Their project page describes the interface as a “turbo-tax style” e-filing system. “Reaching out to the intended user base inspires trust,” Brugh says, and the project has “resonated deeply” within the pro bono community.

In June, the Washington Conviction Vacation Project was one of the most visited projects on Democracy Lab. This was news to Brugh, who says the project currently has no marketing and is focused on recruiting volunteers through word of mouth. Beyond word of mouth, he says that past hackathons have contributed to the marketing content production by attracting volunteers who just happened to be looking for the next opportunity to give back by browsing the web.

We want to help the people doing the helping.A prototype of the software is available now. Although there is no set date for releasing an alpha version, Brugh finds it hard to imagine a world in which they haven’t released functioning v1 software in a few month’s time. From there, users will develop trust in the software, readying them for the incremental improvements and enhancements CVP incrementally develops.

A volunteer can expect to spend two hours per week on the project, plus one hour dedicated to weekly meetings. The team hopes to spend this phase of the project synthesizing user research results by recruiting User Researchers, Designers, and UX professionals. In addition, they are seeking a Product Manager, a Social Justice professional, and Back-End, Front-end, and Full Stack Developers who specialize in Javascript and React. 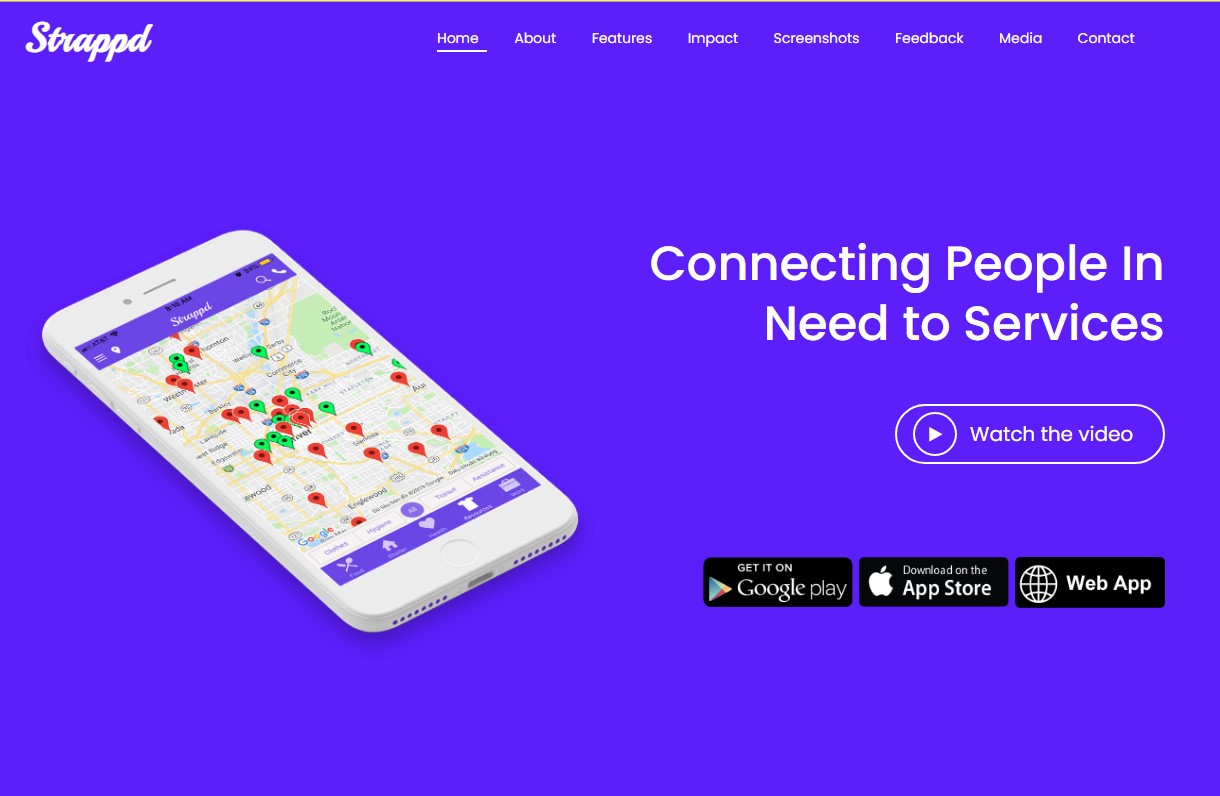 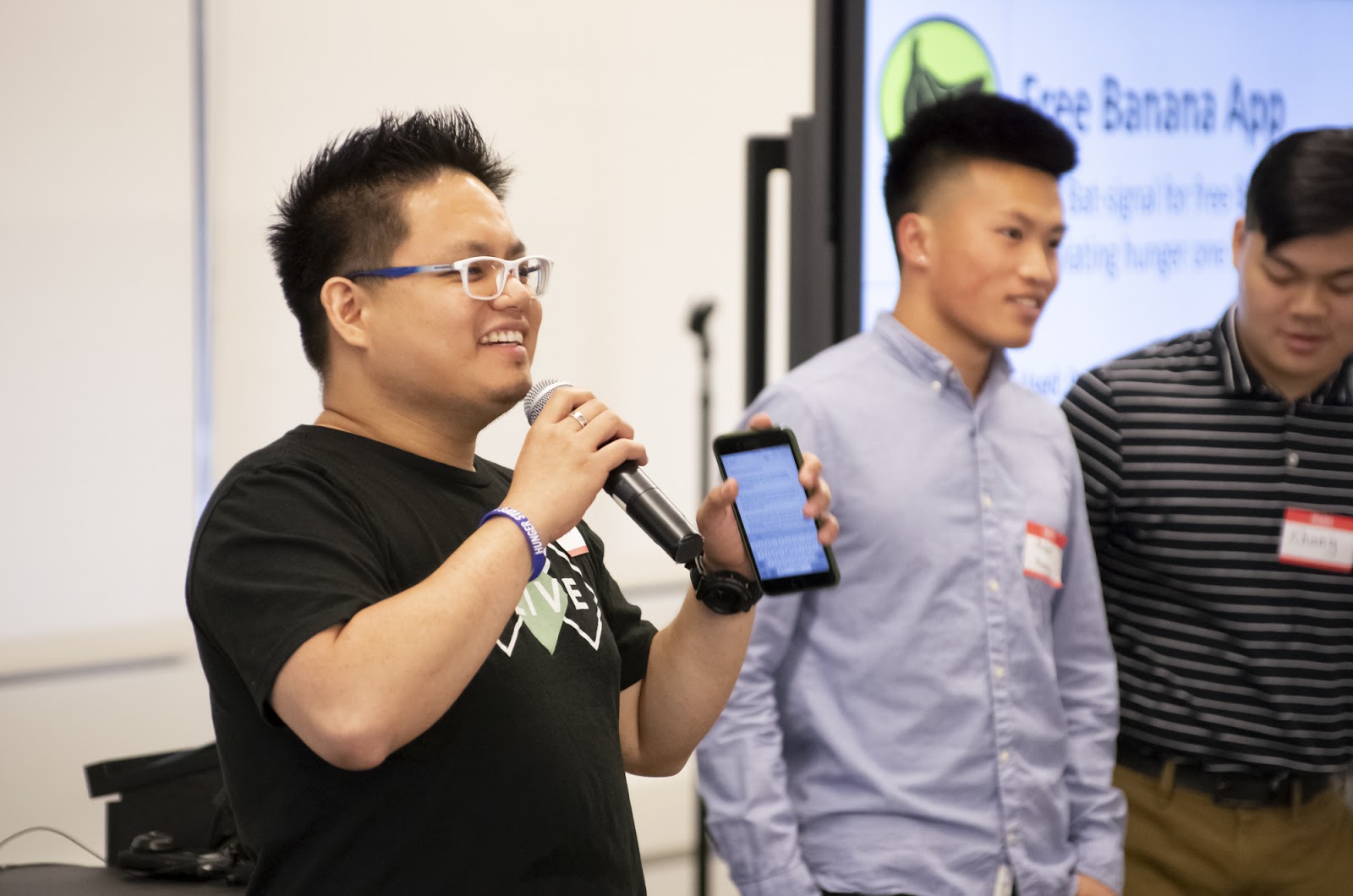