Sealing a criminal record—record expungement— can give a person access to housing, employment, and educational opportunities, but many aren’t even aware they can start that process. In 2014, only a few hundred out of an estimated 78,000 Oregon residents sought to seal their records. [1] In the following year, officials saw arrest rates for repeat offenders rise by 6.5%. [2] This alarming trend inspired a group of volunteers to create Record Sponge, a service that makes record expungement easier.

“Record expungement” is the term Oregon uses for sealing criminal records. Eligible records are removed from public view and can’t be accessed by potential landlords or employers. However, the process is a repetitive one and requires specialized legal knowledge. In Oregon’s case, that means reading 3,000 words which sometimes seem to contradict each other.


Attorney Michael Zhang came up with the idea for Record Sponge while working at the Metropolitan Public Defender's Office. Zhang thought the number of people receiving expungement services was very low relative to what might be possible. He wanted to introduce a software solution that could radically change this process. In 2018, he teamed up with a group of developers, designers, and business strategists through Code for PDX, a Portland civic tech organization. Two years later, the Record Sponge team are ready to introduce an app that would save people their time, money, and status. “Oregon has one of the most permissive expungement statutes in the country. Yet the complexity of the law and the filing procedures effectively bar most people from accessing its benefits.” - Michael Zhang, Attorney

Through a Zoom call, project manager Jordan Witte demos the Record Sponge app for me. Witte happily points out the clean interface, which lets users navigate the software with ease. “People want to use it and it doesn’t look like your typical government software.” The sleek design is thanks to Hunter Marcks, who has been with the project nearly since it began.

Witte first logs in using his Oregon eCourt Case Information (OECI) account as an example. “Anyone in Oregon can get an eCourts account,” he says. “In other states there’s a little bit more of a barrier to accessing one’s records.” He shows me his records, which consist of a couple of parking tickets. “It cites the subsection of the relevant expungement law,” he says, “so you don’t even have to trust the software. You can just consult the law itself.”

He repeats the process with a demo account. Within seconds, records for the demo account are on the screen. The program pulls data from the OECI database which shows what records are eligible. There’s also a feature that shows which records may be eligible in the future.

After answering a few basic online questions, Witte creates a PDF of the paperwork that could be used to complete a filing. In the past, this process could cost a person about $1,400 per record. With Record Sponge, this part of the process is now free, takes less than five minutes, and is well within access to those who have eligible records.

“Even an arrest record that has been dismissed can be very harmful for a person’s job and housing prospects.” - Jordan Witte, Project Manager

Perhaps nowhere is this clearer than with regards to cannabis convictions. Before Oregon legalized it in 2014, marijuana possession accounted for 15% of all drug-related arrests. [3]  In 2019, Gov. Kate Brown signed Senate Bill 420, which would ease expungement of low-level marijuana convictions. Despite the availability of record expungement, Record Sponge’s team estimates that only 2% have taken advantage of that opportunity.

Formerly arrested and convicted individuals often face many barriers when reentering society. In a 2016 Illinois study, researchers found that people with prior convictions failed to convince future landlords or employers to ignore their criminal records. [4] This is the same elsewhere in the country. Oregon is one of several states to ban these unfair hiring questions. [5]  But, even with protections, significant inequalities still exist. African Americans represent  2% of Oregon’s population but make up 10% of the prison population. [6] This disparity is more visible in 2020, as protests demanding racial justice erupt around the country.

Witte hopes that Record Sponge can help those arrested during the protests in his city. “In most cases, people are getting arrested for disorderly conduct and interfering with a police officer. We have found out recently that the Multnomah County DA (District Attorney) is going to drop a majority of those cases. In support of the protests, we want to provide free paperwork analysis as well.”

Just a month after its release, Oregon reported a loss of 266,600 jobs. [7]  Many of these low-skilled and low-wage jobs are often performed by people with previous convictions. This summer, protests over police violence and racial injustice resulted in over 500 arrests in Portland alone. [8] In response to the arrests, Record Sponge noted on their website. “Due to ongoing events, our partner Qiu-Qiu Law is making all expungement help free to any protesters arrested during this fight.”

The team who designed the database ultimately decided not to collect information about users. Although it would have been great for analysis, it went against the purpose of the application: to expunge records. That’s why Witte struggles to answer how many have used the site since its launch. But data from Qiu Qiu Law, Zhang’s firm, confirms that the software has been used to process over 1,450 analyses so far.

Record Sponge was also the winner of the 2020 Oregon State Bar Technology and Innovation Award. In addition, it's the first project to go live from the Code for PDX group. Now Witte and the rest of the team are looking to get the word out.

They joined DemocracyLab in hopes of gaining volunteers with graphic design and legal knowledge. Most of all, Witte hopes to promote the project so others can benefit from it. “We want organizations to get involved,” he says. These organizations could help refer people to legal services or provide their own using Record Sponge.

The project took countless hours and had over 30 volunteers, but Witte knows that all that hard work has paid off. “We’ve officially moved to version 2.0 of the site which means we’re focusing on maintenance now.” He hopes that one day something like Record Sponge will be available in every state. “We want people in other states to know about this and make something that is similar.” 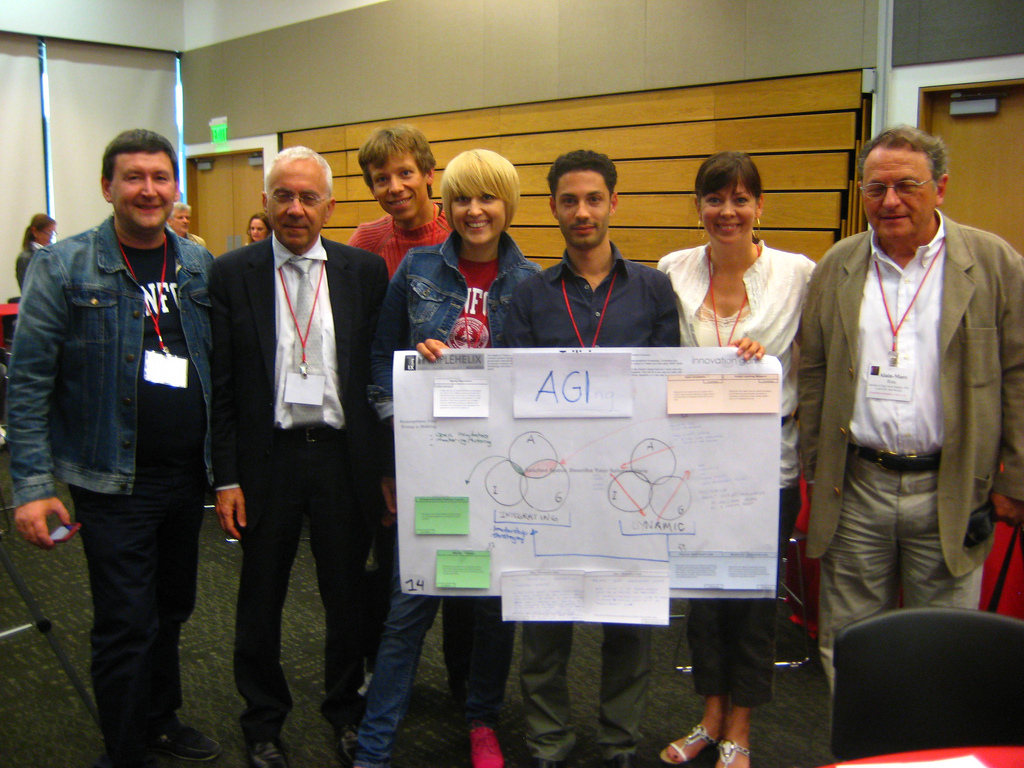 Every Voice Engaged helps governments to meet citizens’ needs and help citizens engage with their Government. 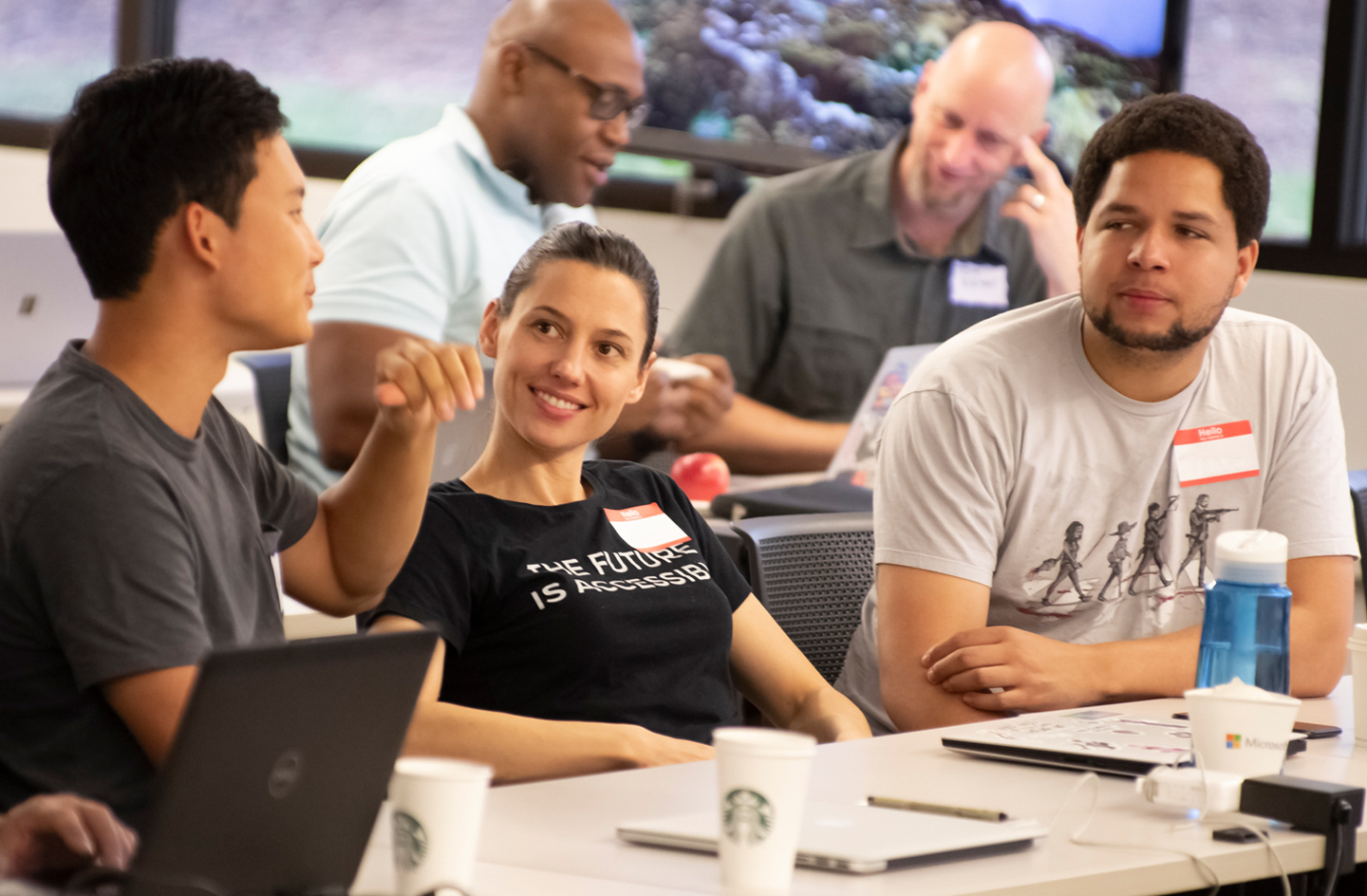 The “Groups” feature lists the specific projects associated with a Tech for Good organization on a branded landing page that is easy to update and maintain. DemocracyLab makes it easy for volunteers to dig deep into a project before reaching out to project leaders to start a conversation.