Have you ever gone to vote in an election and realized that, for certain offices, you have no idea who the candidates are?  You probably know the presidential candidates, and maybe even the gubernatorial or mayoral candidates; these candidates often get lots of free media coverage, as well as donations they can use on advertising.  But what about other offices, like school board director or sheriff?  These candidates don’t get nearly as much media coverage or money for advertising, so they often fly under the radar.  If you’ve ever skipped over these offices on the ballot simply because you didn’t know who the candidates were, you’re not alone. For the candidates running for these lesser-known offices, it’s hard to be seen by voters.  The media coverage isn’t there, and social media advertising is expensive and difficult to get right. And with over 500,000 elections across the country, plenty of candidates – and voters – are not able to participate in the democratic process to their full potential. So, how do we solve this problem? Enter: Undebates.

Undebates is a way for voters to quickly get to know candidates and for candidates to gain exposure to voters – for free! It can be deployed for elections all across the country.

Undebates worked with Ballotpedia, a portal which voters already use to learn about the candidates before they vote. Ballotpedia covers elections for all federal and state offices, plus the 100 largest U.S. cities. In partnership with Ballotpedia, Undebates creates a customized link for each candidate. The link leads to a video interview which guides the candidate through several questions, the responses to which are recorded. It also gives the candidates the opportunity to rerecord their answers and review everything before posting.

When voters access the Undebates, they look like a regular debate. But Undebates move quicker, and voters can skip candidates or questions, as well as go back and review them if need be.

The idea for Undebates came about in August of 2019, and the MVP (minimum viable product – or prototype) was ready in time for the Nov. 5, 2019 elections. The first Undebate, which involved the candidates for the San Francisco District Attorney’s race, looked like this:

At the November 19 Hack To Give Thanks, hosted by DemocracyLab, the developers of Undebate worked with two designers, one of which joined the Undebates team, to improve the design.

In March, Undebates teamed up with DemocracyLab again for the 2020 St. Hack-trick's Day with the goal of improving its email campaign to invite candidates to do interviews. With the help of two volunteers, the team was able to implement email automation through Klaviyo with an email campaign that looked like this:

This effort resulted in videos from two of the mayoral candidates for Onalaska, Wisconsin.

Through 2020, Undebates worked with volunteers from DemocracyLab, HackforLA.org, and Taprootplus.org. In the 2020 elections, 91 candidates recorded Undebates for the Nov. 3 general elections, and 67 recorded for the primary elections before that.

But the Undebates team isn’t stopping there. Plans for the future include a self-service portal where election leaders for student council, homeowners’ associations, unions, and other democratically run organizations can create their own Undebates.  Undebates also wants to support Americans with Disabilities in its user interface and by making transcriptions more accurate.

Through volunteer contributions to the open-source code base, Undebates hopes to make democracy work better. The DemocracyLab team is proud to have been able to assist in such a vital goal, and we look forward to making elections more accessible for all voters in the future. Learn how you can get involved by visiting the Undebates project profile on DemocracyLab.

Now a full year into virtual hackathons, we can see that the pandemic accelerated us in the direction we wanted to go, but weren’t quite brave enough to leap toward - events with no geographic bounds. 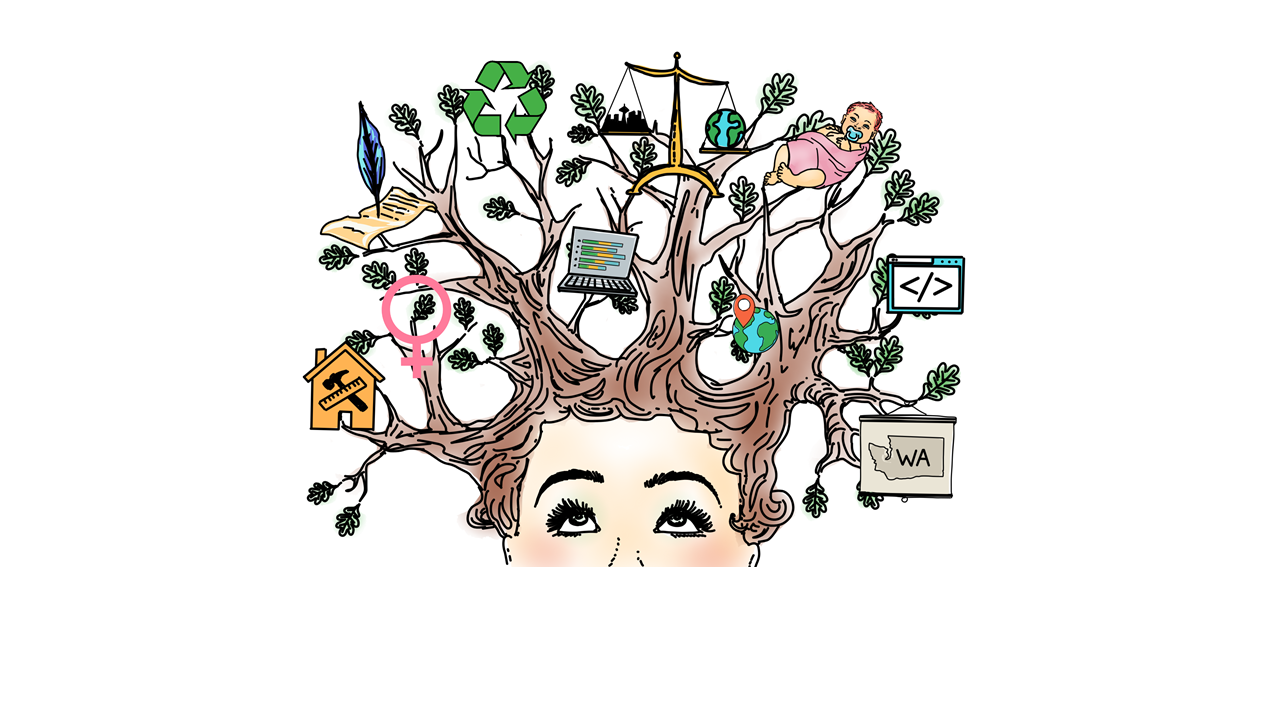 iSeaTree used skilled volunteers from DemocracyLab to build an app that engages a community of data-informed youth in protecting trees.