Created through the Be Good Project (a volunteer-led and volunteer-funded nonprofit), the Banana App is an innovative mobile platform where restaurants and supermarkets can post food donations for food-insecure members of the community to pick up directly. The team seeks to rewrite how the food waste/food bank economy works through technology; under the current system, an individual donates to a school, church or other organization, which then donates to a nonprofit (or series of nonprofits) that sorts and holds the donation before it can be connected to the end recipient. Food generally gets to a person in need after around 5 changes of hands. There is a gap between the food waste economy and the food bank economy that the Banana App seeks to bridge; their donations pass directly from donor to recipient. “It’s almost like a Prime Now approach,” says project leader Apollo. In the version of the app they’re currently testing, there will be no more than a 30-60 minute window for the donations to be picked up--directly by those who need them.

Apollo came into the project with the idea that the product would be for people who have lifeline phones (affordable phones common in low-income populations). However, Apollo ultimately found that the Banana App required too many features to be used on a lifeline phone; instead, the app is now made with an eye toward more middle-value phones. Once they have a MVP on the slightly more expensive devices, the team plans to escalate to a “light” version that will work on lifeline phones. They’re also developing an offline version for clients without enough data to use the app.

“We are fortunate to have like-minded people who might not have gone through being low income, but know people who did,” says Apollo. He doesn’t refer to his team as “volunteers;” they’re teammates. They come from a diverse variety of backgrounds, mostly sourced from DemocracyLab, and some of also know each other via a personal network. Software developer Kara found the app through a Flatiron School classmate who recommended she join. “I am learning so much, but most importantly it allows me to use my skills to help make the world a better place for others,” she says. “I am also having a lot of fun!”

Apollo has been studying Project Management, but his skills in software development are light. It wasn’t until St. Hacktrick’s Day that the project found a real rhythm and was able to work with maximum smoothness and elegance. They found a technical project manager--Gauri--through the DemocracyLab platform, and gathered a few more important skilled individuals along the way. “It has been a very fulfilling and motivating experience,” says Gauri of the project.

Apollo feels fortunate that his team is more than a group of volunteers; they are part of something that makes a difference, and every member contributes without limit. For the second hackathon in a row, the Banana App had the biggest team of the day. Apollo attributes their success to a lot of planning in advance, and agility on the day itself. The team set out to work on small tasks, and were able to cross out quite a bit; they were also able to start some larger tasks that needed more attention, and covered a lot of ground. Many of the first-time contributors to the project expressed a desire to stick around. One of the things that was very helpful for the Banana App team was simple iterations; running scenarios and being proactive.

The Banana App is definitely open to new teammates! Check out their page on DemocracyLab to learn more and volunteer; they meet twice a week by phone and would love to hear from you if you’re interested in streamlining the food waste/food bank gap. They have frequent meetups and definitely consider their team to be not only a like-minded community but a network of friends. They’re especially interested in getting more senior developers on board to help in the near future. Alice, the team’s UX co-lead, was new to Seattle when she first decided to volunteer with the team. She says of her experience: “The group’s culture is an upbeat one that fosters equality and creativity. I felt right at home at the first team meeting and now this volunteer opportunity plays a big part in my daily life in Seattle!”

A warm congratulations to The Banana App for its receipt of the coveted HERE Sponsorship 2020! Through organization, agility and relevant technology needs, the Banana App team achieved the sponsorship and is ready to incorporate the funding into a push to scale their project. They intend to put the money toward a web subscription and toward marketing their app. COVID has pushed things back a little, but the team is still hard at work! Team leader Apollo says having this sponsorship adds a feeling of validation to what they’re trying to do; someone believes in the project enough to enable it financially. 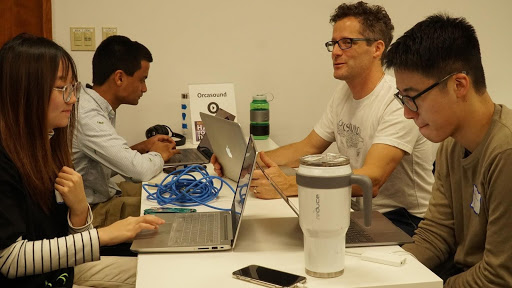 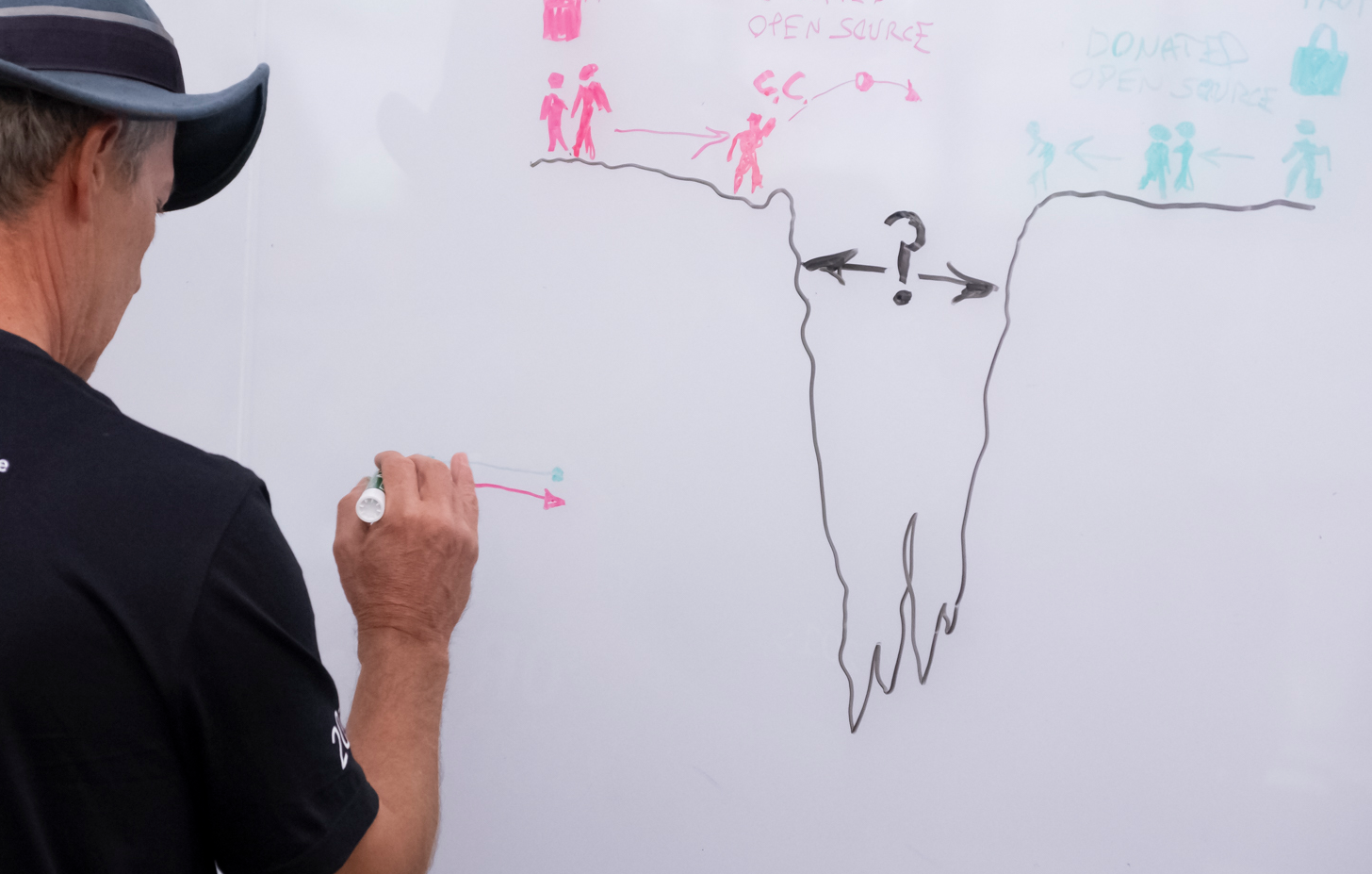 In America today, kids all over the country need the internet to do their homework, and adults need it to telecommute or even find a job in the first place.